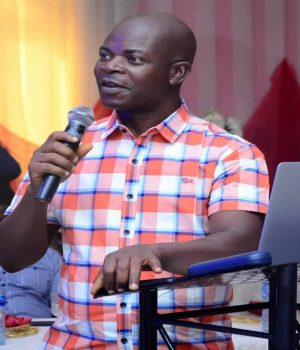 I am a Professor of Political Science at the Federal University, Oye Ekiti, and currently the Director of Advancement Centre of the University. For fifteen years, I was a faculty member at the department of political science of Ekiti State University, Ado Ekiti. At various times in the institution, I served as the Examination Officer, Deputy Director of the Institute of Peace, Security and Governance, and briefly as Acting Dean of Students Affairs. I was also for a brief period in 2012, an adjunct lecturer in the department of intelligence studies at Afe Babalola University, Ado Ekiti, Nigeria. I also serve as external examiner to several Universities in Nigeria.

Prior to joining the university as a lecturer in 2005, I was a senior officer at Ekiti State Primary Education Board for five years. Also, between November 2010 and February 2012, I served as head of Ekiti Southwest Local Government in Ekiti State, Nigeria. These experiences gave me practical knowledge on politics, administration, and governance, and subsequently shaped my teaching and research on African politics.

I obtained a National Diploma in Mass Communication from the Polytechnic, Ibadan in 1992 before heading to University of Ibadan, Nigeria for degrees in Political Science: BSc (1998), MSc (2002) and PhD (2007). I later received a Certificate in Ethnic and Racial Studies from the Federal University of Bahia, Salvador, Brazil under the auspices of the Factory of Ideas programme of the Centre for Afro-Asia Studies in August 2008. Ever since, I have attended various short courses, conferences, and workshops in various parts of the world.

I am a Laurette of the APSA African Workshop that was held in Gaborone, Botswana in 2012. In 2013, I was a postdoctoral research fellow at University of KwaZulu-Natal, Howard College in Durban, South Africa. In 2014-2015, I was a holder of the African Humanities Program (AHP) postdoctoral fellowship/grant, under the auspices of the American Council for Learned Fellows (ACLS). Between October and December 2014, I was a Scholar-in-Residence at the International Institute for the Advanced Study (of Cultures, Institutions and Economic Enterprise) (IIAS), University of Ghana, Legon as part of the AHP fellowship. In 2016, I received a sponsorship to attend a short course on Political Psychology of Populism at the Central European University, Budapest. In 2017, I was at the Rachel Carson Centre for Environment and Society in Munich, Germany, for a writing fellowship on forests and insecurity. In 2017, I became a fellow of the African Peacebuilding Network, having won its prestigious grant to conduct a fieldwork on oil and ethnic violence in part of Niger Delta. In the same 2017, I was selected as one of the African Scholars for the African Studies Association that was held in Chicago. In 2018, I was specially invited to Washington DC by Carnegie Endowment for International Peace (CEIP) to speak at its International Colloquium on The Challenges of Governing North Africa and the Sahel. In 2021, I was selected to lead the African Research Development Group (ARDG) short course/training programme for emerging African Scholars at the American Political Science Association (APSA) Annual Meeting in Seattle, WA (USA).

My research focuses on armed conflicts, peace and conflict resolution, security studies, political ecology, and governance, with emphasis on Nigeria and West Africa. In addition to attending conferences to give my thoughts in these areas, I have authored and co-authored articles in books and journals, such Journal of Contemporary African Studies, African Studies Quarterly, African Security Review, Journal of Applied Security Research, Defense and Security Analysis, African Security, Africa Spectrum, African Identities, The Roundtable, Conflict Studies Quarterly, etc.

My research focuses on armed conflicts, peace and conflict resolution, security studies, political ecology, and governance, with emphasis on Nigeria and West Africa.